The team arrived in Canmore on August 21 and hiked/ran up to the Haig glacier the following day.

Time at the glacier was spent mostly skiing and eating (with a little bit of napping in between). Meals were nice and hearty, and the views were spectacular.

Below is the team on the last day at the glacier, as half the team went up for one more quick ski before hiking down, while the other half was dragged out of bed for a team picture, leaving the glacier a few hours later. 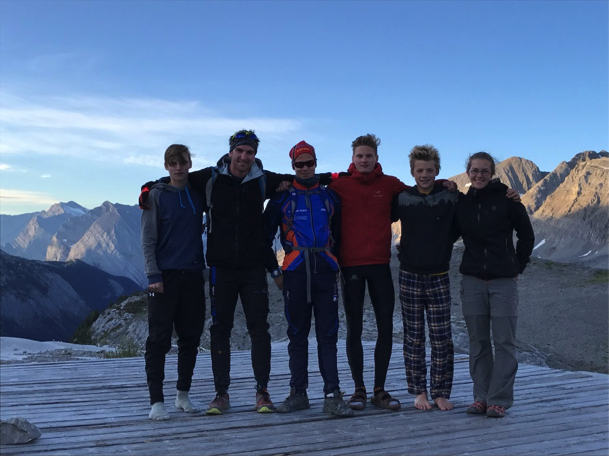 The latter half of the trip consisted of some fine dining, a big hike up East of Rundle summit in Canmore, and a bunch of gorgeous roller ski trails. 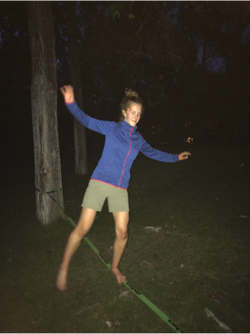 The team even got their first experience of slacklining: as evidenced by the photo, the team enjoyed it so much they kept on going, and going, and going, until Coach Kevin had to pull the “I’m getting too old for this” card…

The final day was filled with intervals that sufficiently tired everyone out and ensured a nice, quiet drive to the airport.

We would like to thank Cross Country NWT for their support, as well as Kevin and Stewart who hosted us at the Haig. The YK Ski Team will now shift their training as they prepare for fall and anticipate nice, white, fluffy stuff to fall from the sky.