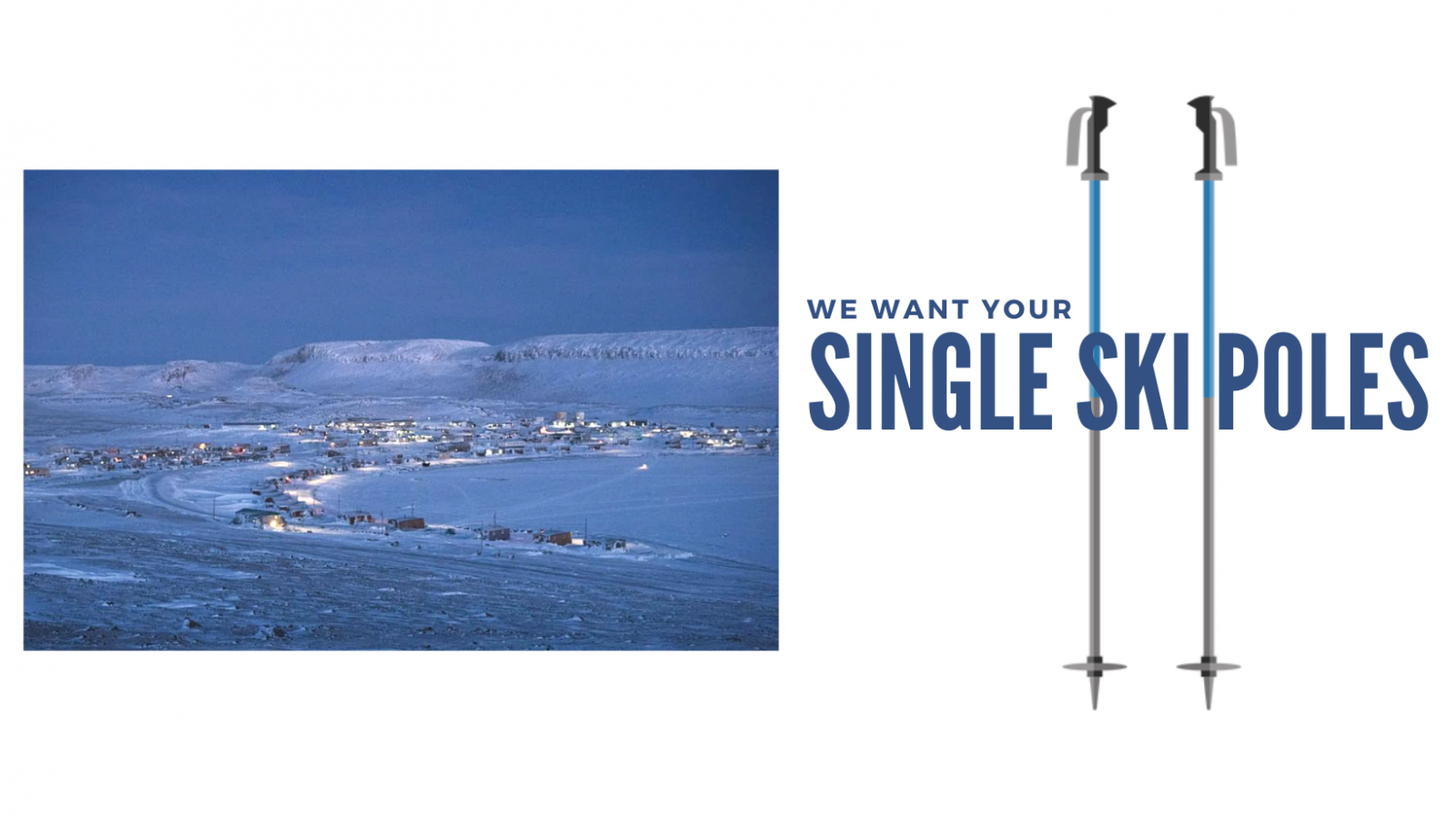 This Valentine’s Day (which also happens to be NWT Ski Day), Cross Country NWT (CCNWT) is matching lonely and single ski poles in Yellowknife and uniting them in Ulukhaktok for the Helen Kalvak Elihakvik School’s new cross country ski program that will be held on the Arctic Ocean.

If Yellowknifers have poles they’re not using (CCNWT will also accept pairs of poles, and SNS classic waxless skis and boots), please contact CCNWT at nwtski@gmail.com or through Facebook or Instagram by February 21. Staff will pick them up from outside Yellowknife homes and organize shipping them to Ulukhaktok. If you’re in Canmore, Alberta, you can drop off ski poles at the Nordiq Canada office at 100-1995 Olympic Way.

This call for ski poles follows a months-long effort to acquire ski equipment for the school in the midst of a busy ski season filled with equipment shortages.

In December, a new teacher at the school, Bryan Stone, contacted CCNWT about starting up the ski program at the school and asked how he could source equipment. His students had seen him skiing down the hamlet’s roads – and later on the sea ice on the bay, in front of the community – and were eager to try the sport. Stone put up a sign-up sheet to gauge interest, and more than 30 youth signed up.

While new equipment is near-impossible to find this season, a few weeks ago, Overlander Sports generously offered to sell CCNWT its decommissioned rental boots and skis. While this equipment has already arrived in the community and Stone reports the students are very excited, poles are still needed to complete the school’s ‘new’ skiing equipment set.

Got any questions? Feel free to email us at nwtski@gmail.com