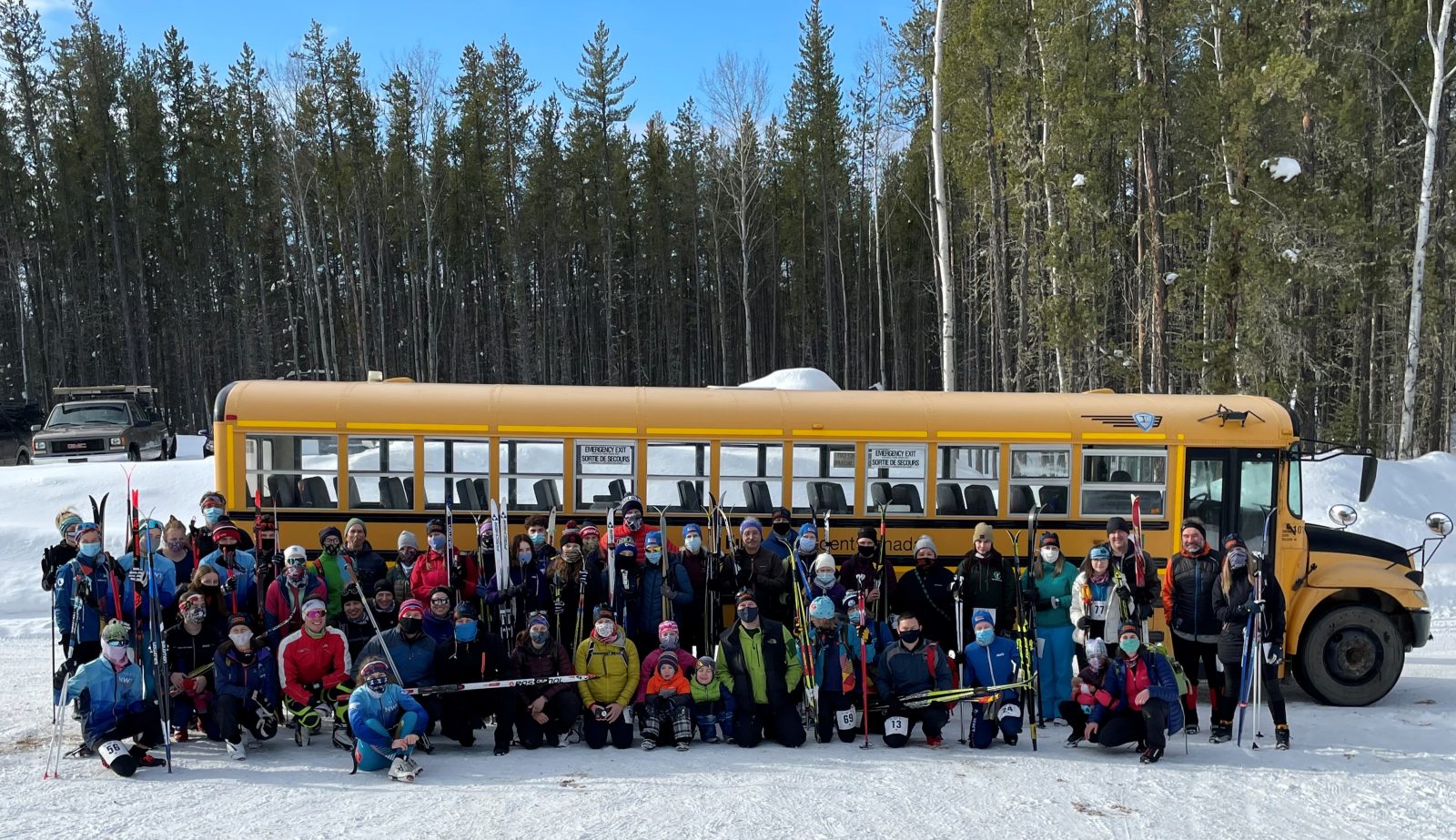 The Fort Smith Ski Club was busy this past year. Here’s what their skiers got up to.

After completing the ski, skiers were treated to an outdoor campfire where hot chocolate and cookies were served. Having everyone outside allowed the ski club to operate under the Covid-19 restrictions.

The event was very well received and was the best attendance record the club has had for this event. 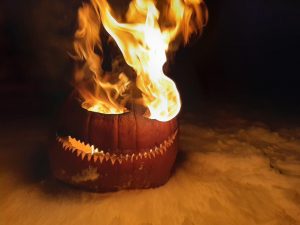 In late November, the ski club held an On Snow Development camp with seven kids ages 8 to 13 and six adult volunteers. Beautiful weather with temperatures around -10°C and very little wind were perfect for spending lots of time outside. Coach Kevin Durkee flew in from Yellowknife to lead the kids through the weekend with lots of fun activities and drills.

Kevin kept things interesting with a mix of classic and skate skiing and lots of games. One of the highlights was ski ballet. The kids displayed incredible balance skiing downhill on one foot, “shooting the duck,” or doing summersaults.

There was a large range of skiing abilities: kids who had never skate skied to kids who made the Arctic Winter Games team last year. Kevin started with the fundamentals, such as balance and coordination, and worked his way up to more complex skills. Covid-19 made things even more challenging, so most time was spent outside.

Thank you to Northwestern Air Lease for a complimentary return flight for Kevin to and from Fort Smith.

The Fort Smith Ski Club trackset a 9 km loop for World Snow Day. The trail incorporated the ski club’s Woodpecker trail, then continued out to Mountain Portage. The trail returned on the Thebacha Loppet trail with great views along the high bank of the Slave River.

At -17°C the weather was a little cooler than predicted but the ski conditions were fast.

A mix of 31 club members and members of the public attended. In keeping with Covid restrictions the clubhouse was only used for washroom facilities and to fit non-members with ski equipment. Snack food and drinks were provided. All food was pre-packaged and served outside beside a cozy camp fire.

Everyone enjoyed themselves and remarked on how much they enjoyed the trails.

NWT Ski Day happened to be on Valentine’s Day this year so the Fort Smith Ski Club combined the NWT Ski Day events with a Valentine’s flavour. In order that people could ski side-by-side the 2.5 km and .5 km loops were double tracked. To add to the Valentines theme, the loop was decorated with large red hearts drawn in the snow with food colouring. On the Golf Course loop skiers made a ski track in the shape of a giant heart.

NWT Ski Day included a special event: a scavenger hunt. Picture clues with letters were posted on the trails. Each skier got a different mystery phrase to try and solve. Prizes were drawn randomly for skiers who figured out their phrase. Short ski lessons were advertised. The club assembled a number of instructors who were ready to assist new skiers. Thirty-seven skiers attended, including two non-members. This event was well advertised with invitations for everyone to attend.

A clear, sunny day greeted skiers with a high temperature of -18°C. Unfortunately a cool wind made it hard to enjoy the outdoor fire. Skiers did enjoy the hot drinks, snacks and the homemade heart-shaped cookies outside while sheltering from the wind. 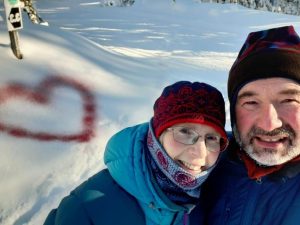 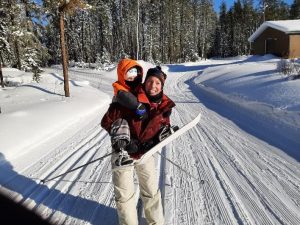 The Fort Smith Ski Club managed to pull off a successful loppet despite having to deal with Covid-19 regulations for the NWT and Alberta. There were 78 people registered with 28 from Yellowknife, 4 from Hay River and 46 from Fort Smith. Fifteen people, including high performance skiers from Yellowknife, flew down on a charter flight and flew back after the loppet. The total registration included 55 adults and 23 children. A full loppet of 27.6 km was run, and perhaps for the first time, more skiers did the full distance than any other distance.

The morning started off with sun and the waxing got tricky as the temperature reached +2oC. For the last skiers coming in the temperature dropped a bit and it started to snow.

There were 24 volunteers who took care of trail clearing, track setting, checkpoint stations, advertising, first aid, registration, obtaining prizes and more tasks. There were also 12 bakers who made homemade cookies and granola bars for the checkpoints.

Since we couldn’t have a potluck, the club rented Dirty O’Fergies and had an exclusive event where all skiers and volunteers were invited. Children were allowed because of the licensing and they enjoyed playing pool.