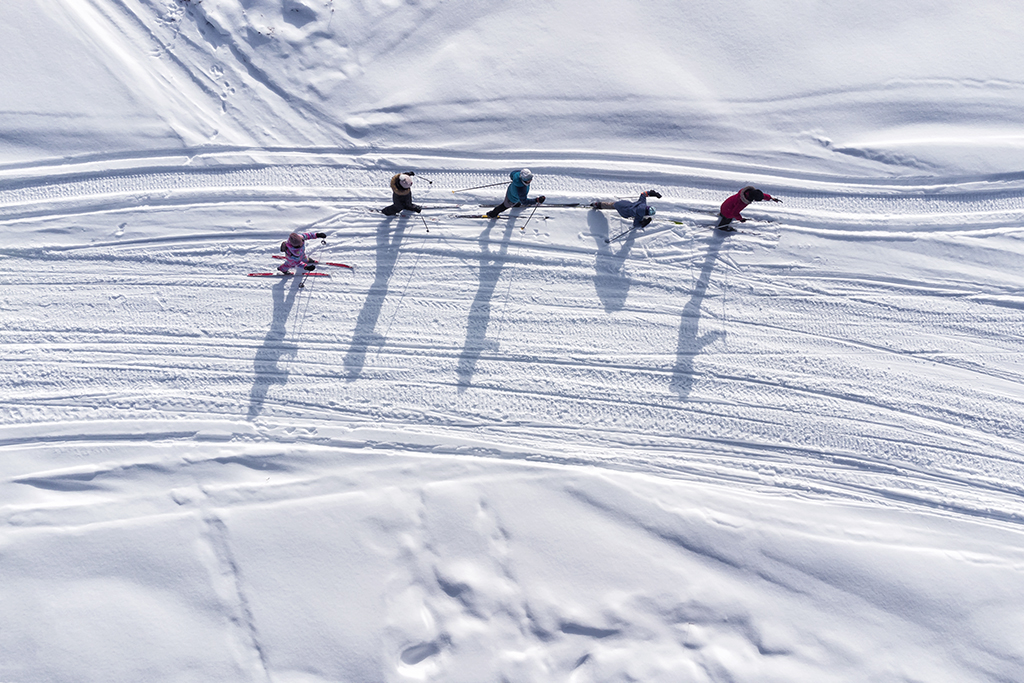 In mid-March, Cross Country NWT held a three-day skiing clinic in Fort Providence where students and community members had a chance to borrow the community’s ski equipment and learn basic skills. 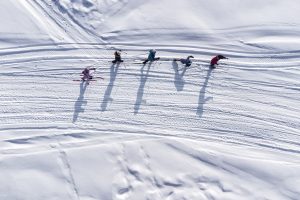 The instructor, Kerry, said youth ages four to 17  – plus a few adults – came out to the clinics she put on over spring break. Kerry returned to Yellowknife saying there was plenty of enthusiasm for skiing in Fort Providence.

Several of the older teens showed significant interest in skiing, learned about both glide wax and kick wax, and learned how to their wax skis. Many also expressed interest in learning how to ski better and improving their skills.

The recreation centre coordinator, Brandon, with the help of a local teen, Tyrell, continued to open the equipment shed daily for the remainder of spring break and continued to set tracks in the community so everyone could enjoy some skiing after Kerry had left. 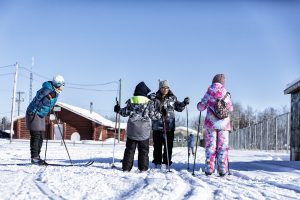 Kerry shared this story about working with one child: “He struggled to balance, struggled to get up when he fell and struggled to keep up with the group. Likely he does not do much physical activity, but he improved so much over two sessions! When we skied into the beautiful forest on groomed track on the last day, he said, ‘Wow, I don’t think anyone has ever been here before!’

“Skiing led him into the forest where he clearly had never been and where he marveled at the beauty of nature. It opened his world beyond the limited streets where he normally wandered.  And the best thing is that when he skied home at the end, he wanted to know when he could go back. I was happy to tell him that even though it was my last day, someone would be there the next day to let him use a pair of skis.” 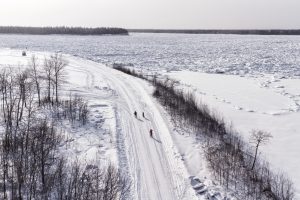 This event was funded by Cross Country NWT and the Department of Municipal and Community Affairs’ Regional Youth Sports Events Program. We would also like to thank Canadian Tire’s Jumpstart’s Sport Relief Fund which helped ensure students were equipped with proper winter clothing for this event.