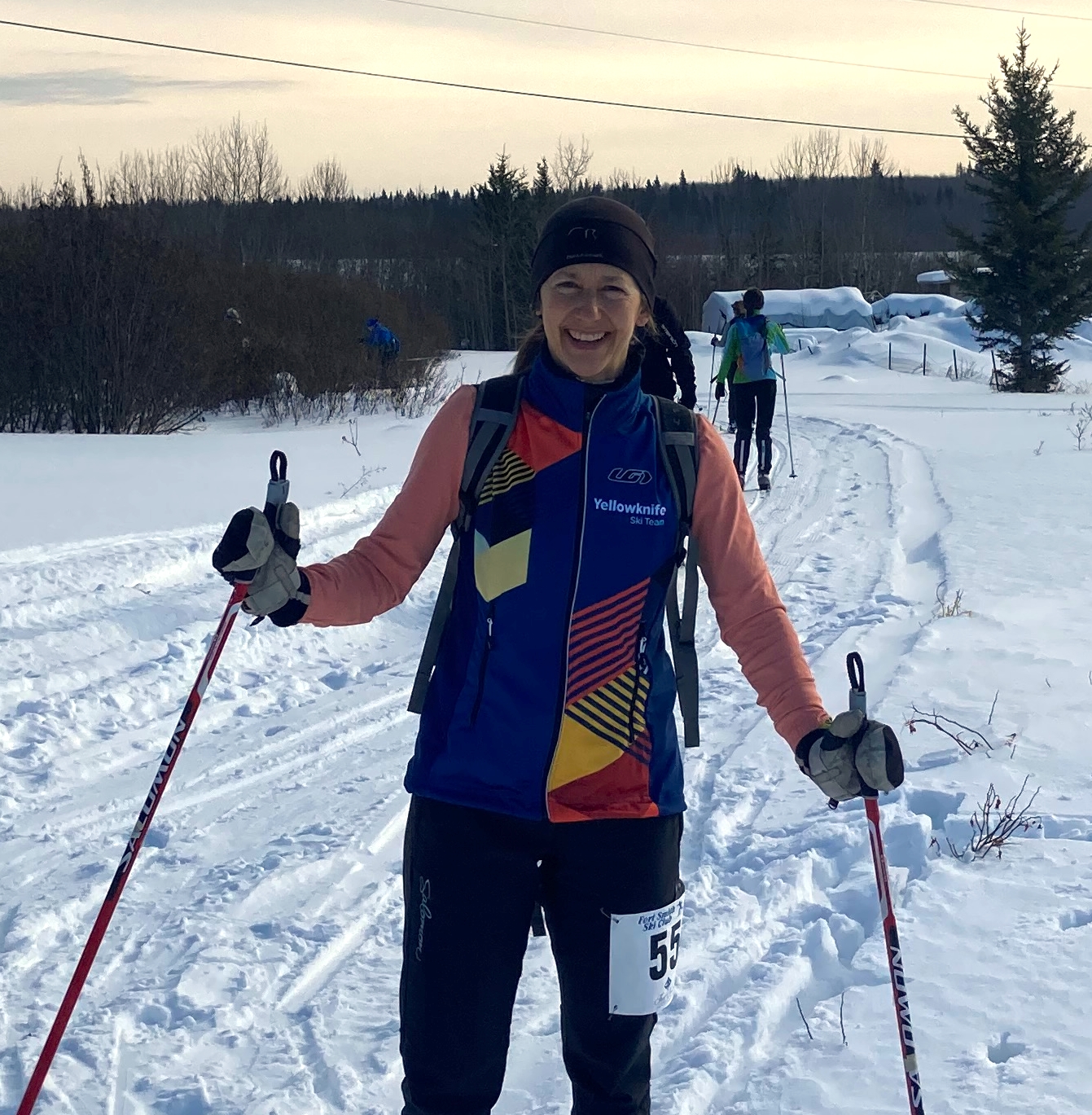 Shawne Kokelj, from Yellowknife, was this month given national governing body Nordiq Canada’s Firth Award. The award, named for NWT skiing legends Sharon Firth and Shirley Firth Larsson, recognizes women who have “made an outstanding contribution to cross-country skiing in Canada.”

Shawne’s nominators wrote: “As president of Cross Country NWT and previously as what amounted to a volunteer staff member, Shawne has poured energy and vision into our sport. Her efforts have helped to inspire a huge increase in membership for a sport that has immense history in the territory.

“This nomination carries even more significance given the power the name Firth has in Northwest Territories and Canadian skiing, and the fact that Shawne has so emphatically preserved and empowered the legacy of Sharon Firth and Shirley Firth Larsson in her efforts for Cross Country NWT.”

Membership of Cross Country NWT has increased by 40 per cent in the past six years.

Accepting the award, Shawne told Nordiq Canada: “Sharon is such a pillar of strength, such a role model for so many people, particularly here in the NWT.

“When I found out, the first thing I did was text her. For years, Sharon went to the schools and skied with the kids. It’s dark. It’s cold. But she wouldn’t mince words. ‘Come on! Let’s get out there. Let’s move. Let’s have fun.’

“She was a rock star to them. An idol. A motivator.”

Shawne said she loves “working with people to come up with solutions and ideas,” including way to help athletes and coaches develop and ensure skiing is accessible across the territory, no matter how far you are from a club.

“We have 33 communities in the NWT and only four clubs,’’ she told Nordiq Canada.

“We’re wonderfully lucky to have the clubs, the programs, the events that they run and the incredible volunteers to keep them running. That being said, we have all these other communities full of people who are potential skiers. So, to expose them to activity and the outdoors is something we do, as well.

“When we manage to get successful events in non-club communities – mostly with kids, but not exclusively – that is what’s phenomenal to me.”

Awards were presented earlier this month and publicized by Nordiq Canada on June 24.

Shawne served as CCNWT’s president from 2019 to 2022, having spent more than a decade volunteering in a variety of roles across the sport.

A national-level ultimate player before taking up cross-country skiing after the birth of her children, Shawne’s ski career includes multiple appearances as the top female competitor in Yellowknife’s Rock and Ice Ultra, an endurance ski event spanning either 300 km over six days or 160 km over three days.

CCNWT’s new president, acclaimed last month, is David Mahon. Shawne remains on the board as treasurer.