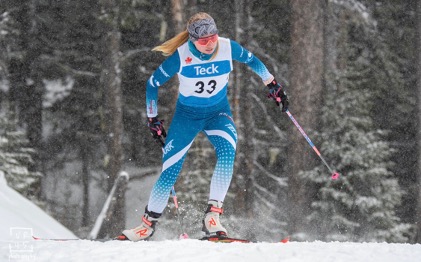 Jack Panayi, Nicolas Bennett, and Clair Littlefair were recipients this year. Funding was awarded by a committee following consideration of each application.

For reference, you can find the policy and application form for this year’s grants. Grants from $200 to $2,000 were available.

Below, you can read reports from Jack, Nicolas, and Clair about their 2021-22 seasons. 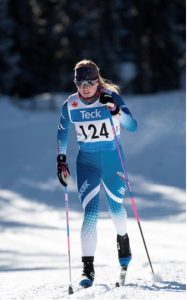 “Hooray for a regular season! This year we were lucky enough to have official races. It was super exciting, and I am very grateful that I stayed healthy and was able to have one last season at this level of competition. This year I attended a variety of races in Alberta and British Columbia from December to March. We started the season off by hitting the ground running with the first race

in two years and having two races weekends in a row! Both races were at Sovereign Lake Nordic for the Canada Cup events. After a busy December, we were off to Canmore for World Juniors and Olympic Trials. Trails were the best of the best, battling it out for an Olympic or National team spot.

f the five races. Luckily I am no stranger to the cold despite training primarily in the Okanagan for the past five years! One of my best races of the season happened on the coldest day; it was a classic 10km interval start race. I settled into my pace and could zone out the feeling of cold fingers and toes and just kept pushing because I knew it would be over soon. Next on the training plan was a BC Cup in Salmon Arm. We stayed nearby to race in Nickel Plate; then, we headed to Nationals in Whistler! This year’s Nationals was one to remember; the course was very challenging, tough competition, and to end it off, I raced a 45km mass start skate race in the pouring rain. I learned a lot doing 45km for the first time at the end of the week, but I stayed strong and completed it no matter how much pain I was in and how water lodged my boots were. To wrap up the season, after a couple of weeks of recovery Telemark had a fun costume running relay.

In addition to my regular training, I also focused on coaching. I got to take my Track Attack kids to Track Attack Championships and a BC Cup in Prince George, where we had many podium finishes. This was a big highlight of my season, and it inspired me in my training; I wanted to show my kids how to have fun and race hard!

Thank you SO much for the continued support over the years as I continued with skiing and school! I have graduated now, and I am onto the next chapter! I hope to continue my coaching career in Yellowknife and with the next NWT Ski Team. This season was made possible with the support I have gotten through the Post-Secondary Grant; this year, the money supported me in buying new classic skis and boots that were much-needed. My old boots had lost their structure and had holes in them, and my old race skis had become too soft for racing. I also put the money towards my season pass for Telemark Nordic and Sovereign Lake Nordic, my F.I.S Race License and my Nordiq Canada Race License, and registration fees for the first two Canada Cup Races.” 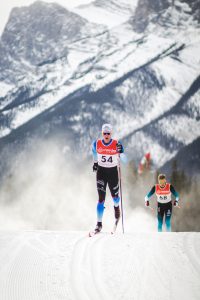 “CCNWT’s Post-Secondary Skiers Grant has provided me with continued funding and support for the past 3 years! Thank you! This is a major help for athletes trying to make it in the world of high performance and in the pursuit of excellence in cross country skiing.

For the 2021-22 season, I was finally back to racing! With nearly two years of cancelled races and events, it was good to be back. All the hours and work put in has paid off. My big chances to shine this year were at Easterns, Westerns, World Junior Trials, NorAM Cups, and Nationals. My biggest results this year were 1st in the Senior Men category in the 15km Classic race at Westerns in Red Deer, AB, 12th in the 10km Classic race at Easterns in Gatineau, QC, and 31st at Nationals in the 15km Classic in Whistler, BC. It has been an amazing year for me, and I am happy to say that I am ending my ski career on a good note.

I have spent the past four amazing years training with the Alberta World Cup Academy and taking classes at the University of Calgary, and I could not have done any of if without grants like this one. The CCNWT Post-Secondary Grant has been a major support for me in my career, and I want to thank the committee for giving me the opportunity to ski at a high level for as long as I have. I look forward to the beginning of a new journey, finishing my schooling in Political Science and seeing what’s next, all the while appreciating what skiing has given me, and giving back to the communities that helped make me into the athlete and person that I am today. Thank you.” 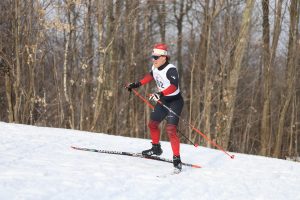 “I spent this past year back in Ottawa training and racing for the Carleton University Ravens. This season was a lot of fun for me. It was great to get back to racing, full team practices and going to the gym after missing all those things so much during Covid.

Results-wise, I had a tough start to the season, placing lower than I had hoped at Eastern Canadian Championships. However, I was able to find my fitness after Christmas and have some much better races. I finished the season off with one of my best races ever, with a top 5 finish in the classic sprint qualifier at the Quebec Cup finals in April.

This year the funds from the grant were used for a number of things. It really helped with travel costs, trail fees for Nakkertok Ski Club and Gatineau Park, two amazing places we get to train at here in Ottawa (the membership costs are fairly expensive because of the snowmaking). I also broke 3 poles this season and got some new skis so it was nice to offset some equipment costs.

Thank you so much to CCNWT, I really appreciate the support to help me to keep on pursuing this sport throughout my university career.”